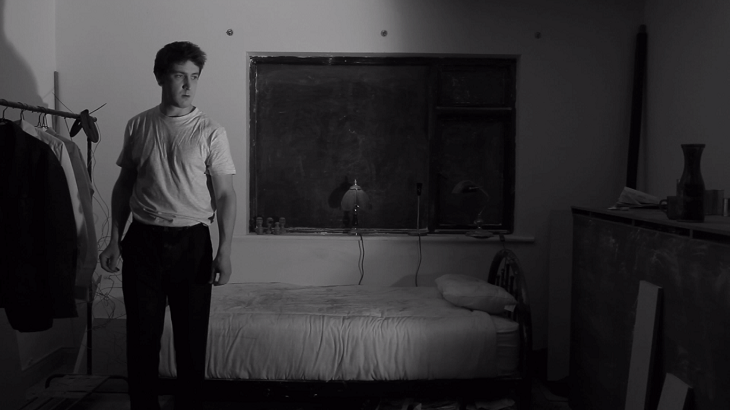 Some of my latest projects include these two short films I had the pleasure of working on as Director of Photography in the Summer of 2015.

Synopsis: “Two young people struggle to move on: a German girl from a past relationship & an Irish man from a family loss. Together, the healing process begins”.

We shot for three days in the beautiful County Kerry, in Jeremy’s home-town of Beaufort. We also had a day of shooting in Galway, mainly in the Quays bar and some exterior shots as well. Jeremy always has a strong sense of direction and what each shot should look like which is helpful to me as the DP. I watched some films that inspired Jeremy and took notes of the cinematography styles and techniques before the shoot. We shot many of the scenes outside, which is always a challenge because of ever-changing weather, and these took priority as we had to make the most of the good weather. Most of this film is natural light.

I shot with my Nikon d5100, my first camera I ever bought. We shot 1080p at 25fps. I used two lenses: Samyang 85mm f1.4 prime lens and Nikkor 18-200mm f3.5 zoom lens. The Samyang is beautiful for a close up, portrait style and it has a very shallow depth of field that I love. On a crop sensor camera it’s a bit closer than 85mm so you are quite close in all the time, however, if you know what look you want then you can get a beautiful picture. The Nikkor 18-2oomm zoom is very versatile and I used this for the majority of filming. It covers everything from wide angle to really close up and you can get incredible detail with it.

For the interior scenes I had my 800W red-head lights but we tried to use as much natural light as possible. Some of the footage includes old photographs which we filmed rather than adding them in as stills in post. These are photographs of Jeremy’s own family.

In the Static written and directed by Thomas Maher.

Synopsis: “In an industrial future, a factory worker returns home to his usual routine only to find his television has other plans”.

The interior shots were filmed over a weekend in one small room in a house in Leitrim. We completely transformed the living room into this grotty one-room apartment which was a great exercise in set design. Tom  deserves the majority of the credit for this and he did a fantastic job. We knew we were going to be shooting in black and white so then it was a matter of creating a strong shadowy look to fit the mood of the film. I had my set of 3x 800W Red-Head lights and they did the job in the small space. I think we only ever used 2 of them at any one time.

In this sequence there are only two supposed  sources of light: the main room light and the light from the television. The red-head lights served 90% of our lighting needs; For the close-ups of the subject’s face when he is in front of the TV screen we used a handheld LED light just to give that extra luminescence. We shot one side of the room first and then changed our set-up and shot the other side. We got some interesting POV angles of inside the TV which were fun to shoot.

This site uses Akismet to reduce spam. Learn how your comment data is processed.